In 2019-2020 the convenors of the Jurisprudence Discussion Group are Hafsteinn Kristjánsson, Crescente Molina, and Joshua Pike. You can find out about previous convenors on our History page. 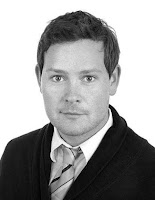 Hafsteinn Dan Kristjánsson is an Adjunct Professor (ice. aðjunkt) at the Law Faculty of the University of Iceland. He has lectured in the areas of legal method (sources of law and legal interpretation), administrative law, EU-law/EEA-law and introduction to criminal law.

Hafsteinn Dan has published books, book chapters, law review articles and a book review as well as written a teaching manuscript. They are in several languages and in the fields of jurisprudence, legal method, administrative and constitutional law, civil and criminal procedure, property law, human rights law and EU-law/EEA-law.

He has been a country/section editor of the Nordic Administrative Journal (d. Nordisk Administrativt Tidsskrift) since 2016, which is the oldest cross-disciplinary journal in the Nordic countries.

He is currently working on his DPhil on norms of legal method.


Crescente's interests are mainly in moral, legal, and political philosophy. He is particularly interested in understanding the ways in which social practices impact our obligations. His doctoral dissertation explores the relationship between contracts and promises and, more generally, the idea of normative power in law and morality.

Josh is currently working on his DPhil in Law, under the supervision of Professor John Gardner. His research focuses on the relationship between law and reason, specifically on what it means to be given guidance on what reason requires, and whether the law can (or should) seek to provide such guidance. Josh is also Martin Senior Scholar and lecturer at Worcester College, Oxford, where he previously read for his BA and BCL.

The JDG is kindly supported by Hart Publishing